The Ruby Awards - Congratulations to the Nominees and Winners 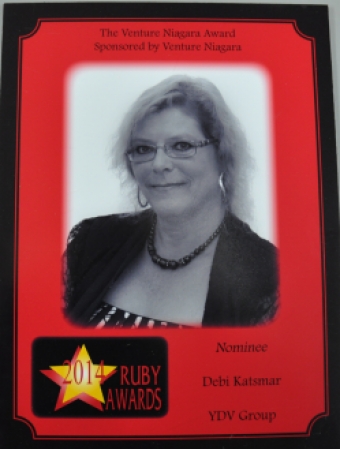 Wow, what a night. Dressed to the 9s and ready for the big announcements, I was off to the Welland Pelham Chamber of Commerce Ruby Awards on October 17th at Lookout Point Country Club.

Tons of food, entertainment and of course a bevy or two while enjoying mingling with the nominees and their guests prior to the presentation of the 2014 Rubies. Eventually all gathered for the Talk Show-style presentation. The MC introduced last year's winner of each award to list the nominees for each category and then announce the winner. The winner then sat with the talk show host for a brief interview and on they went to the next category. It was an interesting concept enjoyed by all. It added a little flare to what could have amounted to a role call. 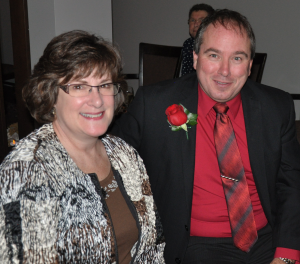 So, the excitement was building as they got closer to my category -- I had some pretty tough competition so my hopes were not overly high. I was nominated for the Niagara Venture Award - an award geared to women who own their own business. The list of nominees were named -- and the winner is Gail Belchior of Financial Divorce Solutions!

I was so pleased for her win. She deserved it. She has developed a strong business in helping those going through the trying times of separation and divorce come to an amicable financial settlement without courts and major battles. Gail has worked diligently to gain the credentials needed in her field, helps by giving back to the community and giving families a 'better outcome' from divorce and separation. I have known Gail for 3 or so years, worked with her in her marketing efforts and attend many networking functions with her. Congratulations Gail!

Speaking of networking - one of the other members of Networking Niagara (a group I belong to) was also nominated and won the prestigious RBC Financial Business Initiative Award. Congratulations Tim Proctor of Turf Net Sports Supplies. Tim is also a client and very deserving of this award for his hard work and dedication to his business and his customers.