And I didn't Get to Skate on the Rideau

Posted in Event Marketing and Promotion

Five days after the 2014 Ottawa International Motorcycle Show, I am still recuperating. Three days of walking on concrete in 3″ heels – silly me! The show was only two days, but I was kicking around the venue for three. Regardless, I wouldn’t have missed it for the world this year.

Where? The 2014 Riders Plus Insurance Ottawa International Motorcycle Show at the EY Centre last weekend. What a great time.

As I have a long-distance relationship with this show, handling the marketing and promotion from Niagara, it was a pleasure to finally meet all the organizers, the sponsors, the exhibitors and suppliers to the event. Putting faces to names, email addresses and phone numbers always helps.

This was the fifth year of the show and the best yet with many exhibitors selling out of product, great media exposure and motorcycle enthusiasts travelling from as far away as Boston, New York, the east and west coasts of Canada for the show. Many came for the motorcycles and many came for the combination of seeing the bikes and meeting Sons of Anarchy stars Tommy Flanagan (Chibs) and Kim Coates (Tig). 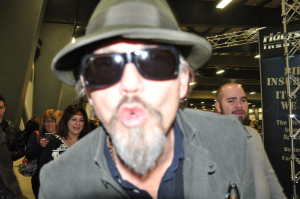 The show hosted two VIP meet and greet meals sponsored by Freedom Harley-Davidson of Ottawa along with 4 separate autograph signing sessions for the stars. Fans had a great time meeting them – oh – and Tommy reached out to kiss my camera as he was walking past me on the final day of the show. What a shot!

The live bands were phenomenal giving visitors to the show music and entertainment while enjoying a beer from Big Rig Brewery as they were taking a break from walking the aisles of exhibitors. Also on the entertainment block was a fashion show by TruCulture Motorcycle Clothing – the pole dancing stopped visitors in their tracks. (tastefully done as many bring their children). 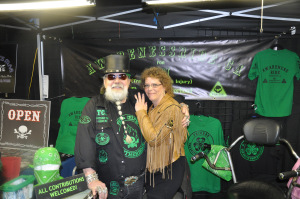 Media sponsors did an awesome job of covering the two-day event with The Bear 106.9 broadcasting live on Saturday. Afterward, DJ Dylan Black took on the role of MC at the VIP dinner with the SOA stars. Kudos to Dylan for going in blind and doing a fantastic job! I also had a great time with the crew from The Rider’s Mag – the team in this booth always had smiles for the visitors to the show, a free magazine to all and great stories to share with everyone who stopped to visit their booth.

My three favourite smiles of the weekend came from Jeff’s Art and Designs, Speedtrix and Airbrush Designs by Helmet Head. Every time I did my ‘laps’ as they were called, these three booths always had huge smiles, a wave and great things to say about the show. Jeff was so busy giving tattoos, he was still at it an hour and half after the show closed Sunday night.  And SpeedTrix won the best of show plus numerous other awards in the custom bike show. Congrats! 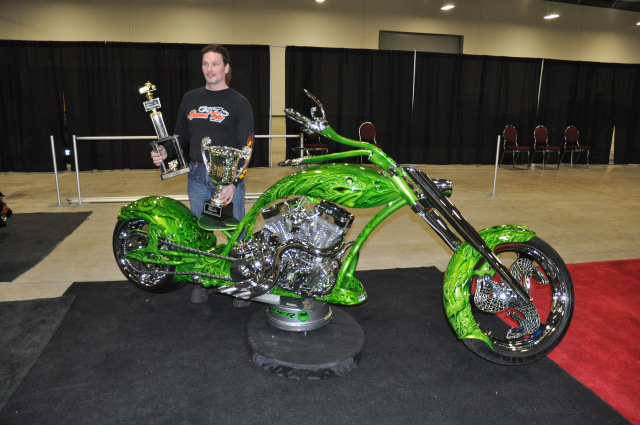 I think the best time I had however was hanging out with Mike and Myron at the Rider’s Plus Insurance booth. They had the best vantage point of the entire show – the front entrance, where their fabulous greeters had huge smiles for everyone entering, a great display, music from The Bear and a view of pretty much the entire show! After all everyone needs insurance. 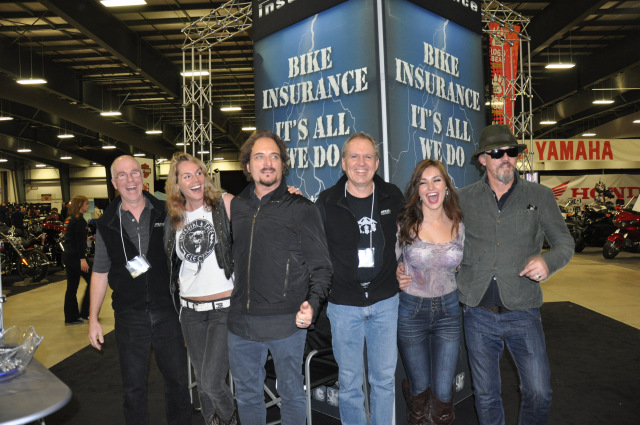 And finally after four years of working with the show, I was finally able to meet the entire team from the motorcycle show. I have worked with Todd, Josh and Duke for 15 some years on various other projects, so it was nice to finally meet Jennifer, Becky and Harrison. Great job everyone! I can hardly wait for next year! 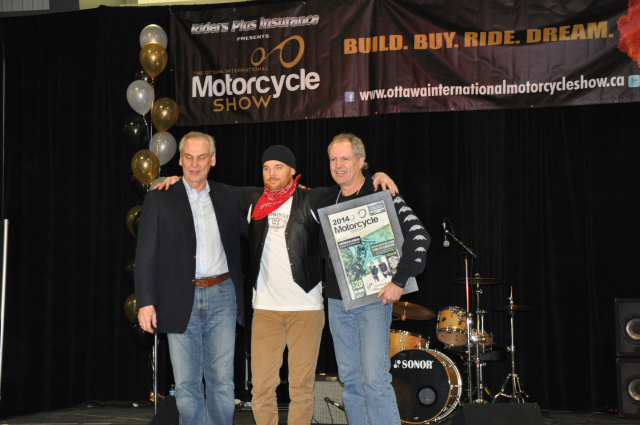 Todd Wood, General Manager of the Show, Josh Wood and Mike Babineau of Rider’s Plus thanking all for attending.

Oh – and the reason for the title  – it’s always been on my bucket list to skate on the Rideau Canal in Ottawa. I forgot my skates and was simply having too much fun at the show to take time out for skating. Maybe next time.